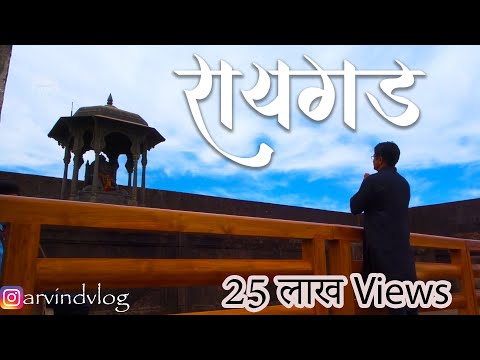 The fort rises 820 metres (2,700 ft) above the sea level and is located in the Sahyadri mountain range. There are approximately 1737 steps leading to the fort. The Raigad Ropeway, an aerial tramway exists to reach the top of the fort in 10 minutes. The fort was looted and destroyed by the British after it was captured in 1818.

The villages of Pachad and Raigadwadi are located at the base of the Raigad fort. These two villages were considered very important during the Maratha rule in Raigad. The actual climb to the top of the Raigad fort starts from Pachad. During Chhatrapati Shivaji’s rule, A cavalry of 10,000 was always kept on standby in Pachad village.

The Raigad Fort was built by “Chandrarao More” of Jawali and the chief architect/engineer was “Hiroji Indulkar”. The main palace was constructed using wood, of which only the base pillars remain. The main fort ruins consist of the queen’s quarters, six chambers, with each chamber having its own private restroom. In addition, Ruins of three watch towers can be seen directly in front of the palace grounds out of which only two remain as the third one was destroyed during a bombarding. The Raigad Fort also has ruins of a market which was accessible to riders sitting on horses. The fort also overlooks an artificial lake known as the Ganga Sagar Lake.