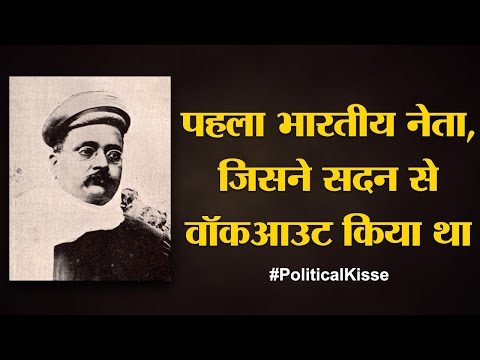 In this video of ‘Political Kisse’, the Editor of ‘The Lallantop’ Saurabh Dwivedi talks about Gopal Krishna Gokhale’s political and other major incidents during the Indian Independence Movement. Gopal Krishna Gokhale was born on May 9, 1866, in the state of Maharashtra and served as an Indian liberal political leader and a social reformer during the period of British rule in India. Gokhle worked as Indian National Congress’ senior leader and campaigned for Indian self-rule. Gokhale became a member of the Indian National Congress in the year 1889.

Gopal Krishna Gokhle was one such leader whom both Gandhi and Jinnah considered as their political guru. People loved to read his remarkable Budget speeches published in newspapers. In 1905, Gokhale was elected as the President of the Indian National Congress and it was the time when he founded the Servants of India Society to expand Indian education.

Watch the video to know more about the political journey of Gopal Krishna Gokhale and his relation with Mahatma Gandhi.

For advertisements e-mail us at: Ads@thelallantop.com
Produced By: The Lallantop
Executed By: Rajat Sain

Are you fond of driving? 😉 #Shorts