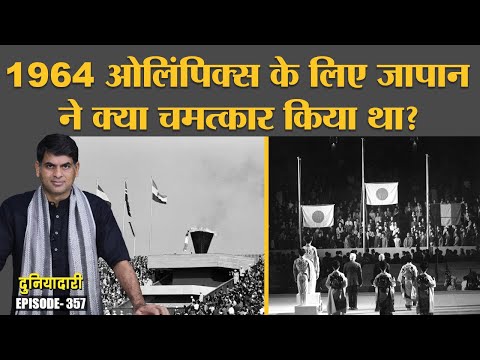 In this episode of Duniyadari, We will talk about the story of Japan, The land of the rising sun. Before 1950, Japan was an imperialist nation with a notion of racial superiority. It took part in two world wars and its reputation was brought down by the infamous war cruelties in Sino-Japanese war. The attack on pearl harbour and subsequent atomic bomb attack on Hiroshima and Nagasaki brought Japan on its knees and it signed a treaty with US. Japan undertook an oath of never engaging in another war and several other restrictions. After that the citizens reformed and rebuilt the nation. So much so that it got the right to organise the 1964 summer olympics. This also mirrored the situation when 1940 olympics were scheduled to be in Tokyo but cancelled due to world war. Watch complete video to know about the history of Japan and its reformation.