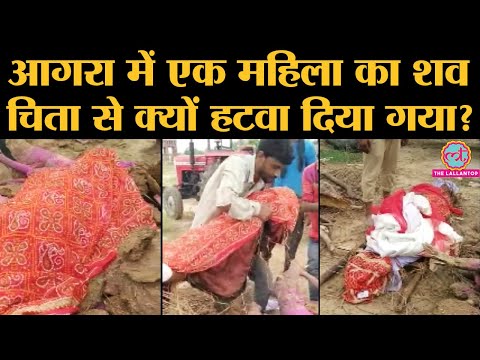 A Dalit woman died on Monday in Raibha village of Achhnera tehsil of the Agra. While the woman was being cremated, the so-called upper caste people of the village allegedly took the dead body off the pyre. After getting the information, the police who reached the spot also could not solve the case. woman was cremated elsewhere. The woman died of the disease on Monday. After this, the family decorated her funeral pyre at the crematorium of the village. As soon as Chita was given fire, the upper caste people of the village came and stopped her. Not only that, they removed the dead body from the pyre. After this, the case reached the police station Achhnera. The CO and the station in-charge reached the spot but the matter did not solved.