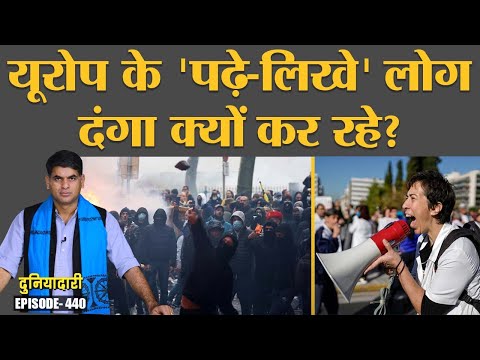 In this episode, Saurabh Dwivedi talks about anti-vaccine riots and the dead last military dictator of South Korea, Chun du-Hwan.
Riots irrupted in different parts of the world (From the Netherlands to Australia) after government brings vaccine mandate and lockdown rules.

Who are the rioters? And, Why governments are forced to bring strong measures?

The Last Military dictator of South Korea, Chun Doo-Hawn, dies. South Korea had three military rulers in its history. Chun Doo-Hawn helped the other two to get in power. He was accused of brutal killings and violent crackdowns. He was sentenced to death for the crimes against Humanity but later pardoned.

What is the story of Chun Doo-Hawn? Why was he sentenced to death and later pardoned? How does South Korea remember him?

Watch the latest episode of Duniyadari to know all about it.