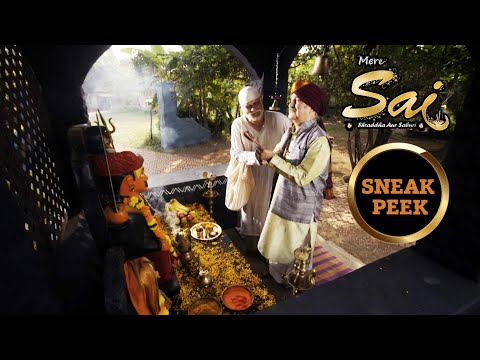 Shubhash ruins a man’s hard work and threatens him with his father who works in the court. The man condemns his ways and asks him to learn from his father. But Subhash does not listen to him. On the other hand, one of Sai’s devotees is facing a problem as well and asks Sai for help. Sai shows a path and helps Shubhash’s grandfather as well. Will Shubhash finally learn a lesson from Sai? Watch the full episode to know what happens next.

About Mere Sai:
————————–
This year marks the 100-year completion of a momentous event of Sai Baba taking Samadhi in Shirdi. In the last 100 years, his cult has multiplied exponentially and his message and teaching have brought solace to millions of his followers across the globe. In this centenary year of his Samadhi, Sony Entertainment Television is proud to present his biopic on television – Mere Sai. Mounted on a lavish scale, this biopic is a highly researched, authentic tale of his journey of life dramatized in an engaging screenplay format. This ambitious project will be produced by one of the most respected Television production houses – Dashami Creations.

Click here to watch all the sneak peeks of your favourite shows:
https://www.youtube.com/playlist?list=PLzufeTFnhupyFknHJ1sk4DV911kN4K6Km