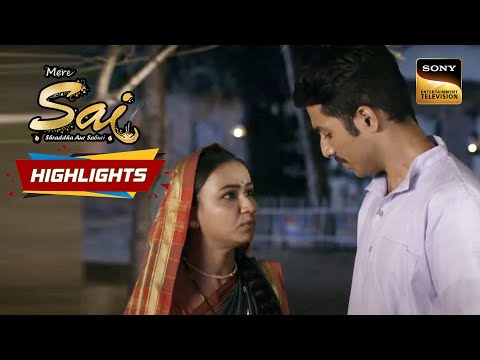 Bhumi gets praise from all the villagers for performing well and making a name for the village. Due to his disability, Shiv feels isolated. Shiv’s sister instigates him against Bhumi and asks him to distance her.

About Mere Sai:
————————–
This year marks the 100-year completion of a momentous event of Sai Baba taking Samadhi in Shirdi. In the last 100 years, his cult has multiplied exponentially and his message and teaching have brought solace to millions of his followers across the globe. In this centenary year of his Samadhi, Sony Entertainment Television is proud to present his biopic on television – Mere Sai. Mounted on a lavish scale, this biopic is highly researched.

Click here to catch all the daily highlights:
https://www.youtube.com/playlist?list=PLzufeTFnhupyLDvlHbK83guV1MShfTvAl