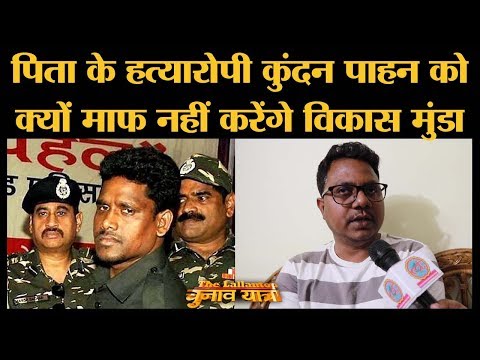 Tamar an Assembly seat in Ranchi district One of the most interesting battlefields in Jharkhand elections. Former Maoist Kundan Pahan, jailed for killing former minister Ramesh Singh Munda, contesting the Assembly elections. Ramesh Singh Munda’s son Vikas Munda who had won the 2014 Assembly election from Ajsu Party, is contesting this time on a JMM ticket. Raja Peter and Pahan are contesting from behind bars as the nominee of the NCP and Jharkhand Party, respectively. Vikas Munda interview with thelallantop.com. He said that he Will never forgive father’s killer Because I loved my father very much.He is against the way Kundan Pahan surrendered, he criticizes the BJP government for this.

Produced By: The Lallantop
Edited By: Vineet Sharma