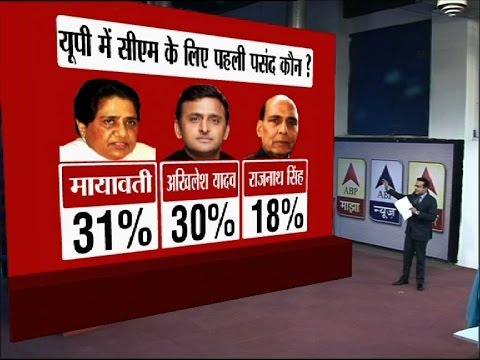 BSP Chief Mayawati (31%) has emerged as best suited to become the next CM of UP closely followed by Akhilesh Yadav (30%) of SP. Rajnath Singh (18%) of the BJP was a distant third.

According to the respondents, unemployment, inflation, corruption and poverty are going to be the four most important election issues in the forthcoming Vidhan Sabha Elections to be held during 2017.

Performance of the SP Government since last four years has been rated just below average with a mean score of 2.9. 32% respondents gave a rating of Very Good or Good compared to 36% who rated the government performance as Poor or Very Poor. However, Muslim voters feel it is well above average. Similar response received when asked about the performance of the UP Chief Minister, Akhilesh Yadav.

For latest breaking news, other top stories log on to: http://www.abplive.in & http://www.youtube.com/abpnewsTV