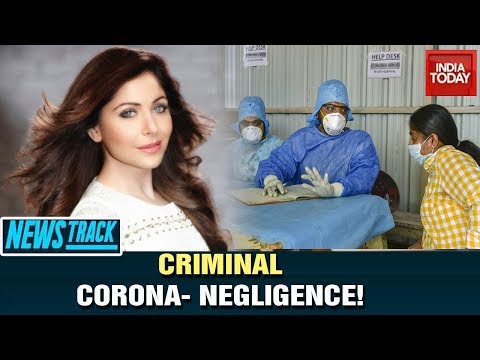 Bollywood singer Kanika Kapoor who had attended several gatherings in Uttar Pradesh and tested positive for Coronavirus has been booked for negligence and disobedience to the order issued by a public servant, an official said.

Few MPs had also attended the same party in Lucknow. They went in a flashback mode to count their interaction with fellow MP Dushyant Singh who was present at the Lucknow party.

Singh was seen posing for a picture at a gala dinner on March 14 in Lucknow, where his mother and former Rajasthan CM Vasundhara Raje was also present. Later, Singh attended various public and private functions, including a breakfast at President’s house, a standing committee meeting, sessions in Lower House and also attended a dinner at a friend’s residence.

Meanwhile, several MPs and MLAs have decided to self-isolate as they came in contact with other people who met her at these parties.

BJP MP Varun Gandhi has quarantined himself because he was sitting next to Dushyant Singh in Lok Sabha and had also attended a birthday party together. TMC MP Derek O’Brien sat with him on the standing committee for two days. Apna Dal’s Anupriya Patel and Congress leader Deepender Hooda recently met Dushyant Singh in Delhi.

Subscribe to India Today for NEW VIDEOS EVERY DAY and make sure to enable Push Notifications so you’ll never miss a new video.
All you need to do is PRESS THE BELL ICON next to the Subscribe button!

Team CID Shocked To Know The Truth Behind A Bone Crockery...