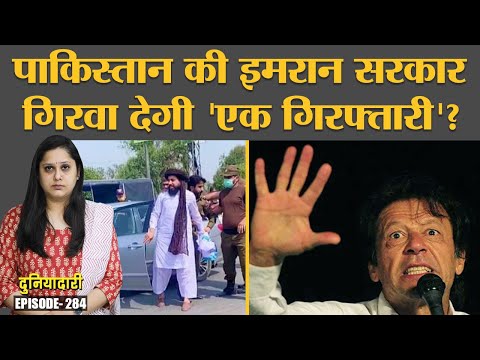 In this episode, Prateeksha Pandey talks about recent protests happening across Pakistan. On Sunday, Pakistan Elite forces arrested Tahreek-e-Labbaik Pakistan (TLP) leader Saad Hussein Rizvi in Lahore when he was returning from a burial ceremony. Rizvi is the son of TLP’s founder Khadim Hussein Rizvi. This party was established in August 2015 and has gained popular support from different sections of society.

Last year, TLP stages protests in Rawalpindi and Islamabad demanding the deportation of the French president from Pakistan and boycotting french products. They had accused French president Macron of releasing so-called Islamophobic statements. Imran Khan government set up a committee and asked for three months time to discuss the demands. In February, it was extended again. And now, TLP chief Saad Rizvi has been put behind the bar.

Who is Saad Rizvi and why has his arrest caused an uproar in Pakistan? What is the story behind the deal between TLP and the Pakistan government? Why this has emerged as one of the biggest political problems in the tenure of Imran Khan?
Watch the latest episode of Duniyadari to know all about it.

3 arrested for black marketing of Remdesivir in Thane