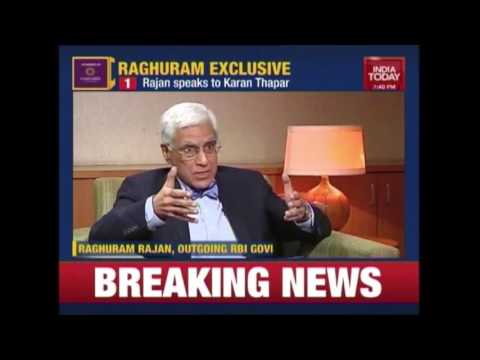 This episode of To The Point features an exclusive interview with RBI Governor, Raghuram Rajan who will step down from his position soon and return to US to resume his academic career. He talks about the success and failures as RBI Governor and also about issues and criticism he had to face.

India Today Television marks the entry of the nation’s most credible name in journalism – India Today into news television. Powered by a future-ready look and backed with the 40 year legacy of the India Today brand, the channel addresses the news consumption habits of an evolved digital-savvy audience while staying true to the journalistic principles of the India Today Group.
With a paradigm shift in terms of television workflows and technology, the channel sets a new benchmark with a differentiated look. Innovative content formats and multiple news updates on the TV screen give immediacy and choice to the news viewer.

Teens Gangraped, Goa CM Blamed Parents; Did He Shame Victim Or Was Misrepresented? | To The Point

Karnataka CM Basavaraj Bommai To Be In Delhi Tomorrow; Likely To Discuss On Cabinet Expansion

Instagram DM: How to Add Amazing Effects to Your IG Messages