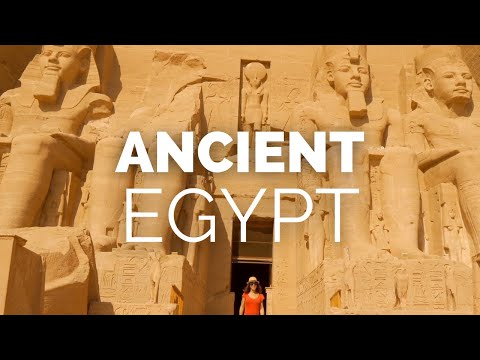 One of the world’s greatest civilizations, the Ancient Egyptians ruled over the lower reaches of the Nile for millennia. After a unified kingdom arose around 3100 BC, a series of dynasties and pharaohs built ever-bigger pyramids and temples before falling to the Roman Empire in 30 BC. Many of the massive monuments were dedicated to various deities or the pharaohs themselves and were adorned with rich decorations. Such was the ingenuity and engineering prowess of the Ancient Egyptians, that many of these amazing ancient monuments are still standing today.