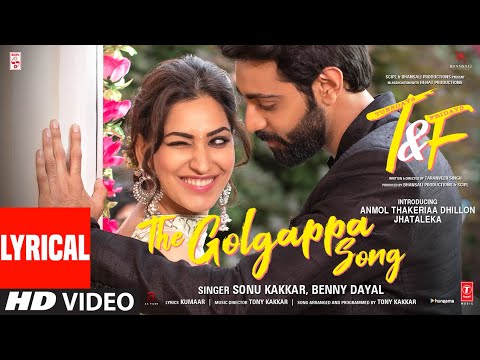 SCIPL & Bhansali Productions present in association with Hi-Hat Productions, the lyrical video “The Golgappa Song” from the movie “Tuesdays and Fridays” starring Anmol Thakeria Dhillon & Jhataleka. The movie is produced by Bhansali Productions & SCIPL and written, directed by Taranveer Singh. The song is sung by Sonu Kakkar and Benny Dayal, while penned by Kumaar and composed by Tony Kakkar.

‘Tuesdays and Fridays’ is a quirky romantic comedy about Varun, a bestselling author, and Sia, an entertainment lawyer. They both have their distinct way of looking at love. Varun doesn’t believe in long term relationships, and he follows a ‘7 week rule’, whereby he decides the expiry date of a relationship at the very beginning. Sia doesn’t agree with this, so she comes up with a plan according to which they are in a relationship only on two days a week, Tuesdays and Fridays. On other days, they are allowed to date whoever they want.

Through Sia and Varun we explore the possibility of a ‘happily ever after’ in today’s cynical times.
► Film Releasing On 19 February 2021

Parineeti And Bharti Have A Dance Battle | India’s Got Talent...