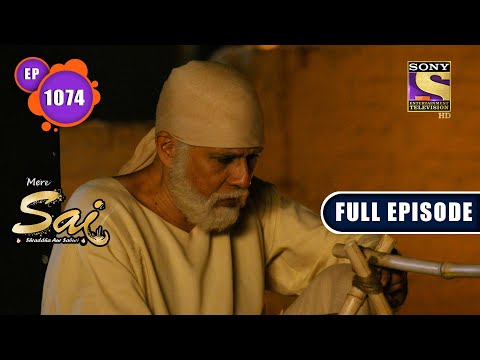 Synopsis:
——————————————————————
In this episode of Mere Sai, When the whole village decided to follow Savitrti and buy her medicines to get cured of the deadly disease, Kulkarni feels defeated. His confidence is shattered after this incident as this defeat and the response by the villagers was n insult to injury. Will this incident change Kulkarni as a person or will he seek revenge for this? What will happen next? Watch the episode to know more.

About Mere Sai:
————————–
This year marks the 100-year completion of a momentous event of Sai Baba taking Samadhi in Shirdi. In the last 100 years, his cult has multiplied exponentially and his message and teaching have brought solace to millions of his followers across the globe. In this centenary year of his Samadhi, Sony Entertainment Television is proud to present his biopic on television – Mere Sai. Mounted on a lavish scale, this biopic is a highly researched, authentic tale of his journey of life dramatized in an engaging screenplay format. This ambitious project will be produced by one of the most respected Television production houses – Dashami Creations.