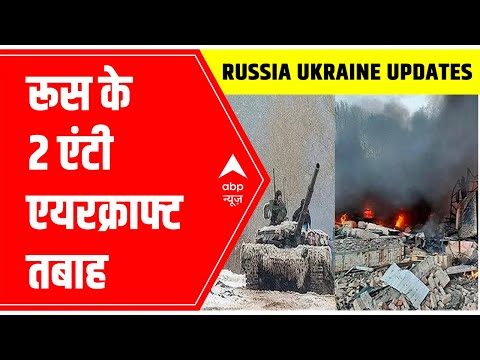 A 40-mile convoy of Russian tanks and other vehicles threatened Ukraine’s capital Tuesday, the sixth day of the war. But even as Russia intensified shelling of the country’s second-largest city, the Kremlin has found itself increasingly isolated by tough economic sanctions that have sent its currency plummeting.

After a first, five-hour session of talks between Ukraine and Russia yielded no stop in the fighting, both sides agreed to another meeting in coming days. Ukraine’s embattled president, however, said he believed the stepped-up shelling was designed to force him into concessions.
#russiaukrainewar #russiaukraineconflict #ABPNews 🔴Watch ABP News Live 24/7 https://www.youtube.com/watch?v=nyd-xznCpJc