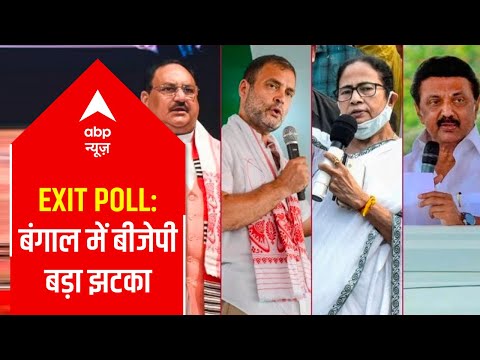 Even though the BJP threw all its strength in the West Bengal assembly elections, according to the voter exit poll, the next government in the state once again looks like the Mamata Banerjee-led TMC. According to the exit poll, TMC is getting 152 to 165 seats in Bengal, while the BJP has 109 to 121 seats. Apart from this, 14 to 25 seats are coming in the account of Congress-Left alliance.